The lawyers in our Corporate Social Responsibility (CSR) Taskforce advise you in all aspects of the dynamic field of business, environment, and human rights.

You have questions? Then you are welcome to contact us.

Our economy is global: electronic components for computers and smartphones or parts for the automotive and engineering industry, textiles or food – almost every product originates from global supply chains as we are closely linked together on an international level.

When it comes to the discussion about sustainability in the economic sphere, the idea is increasingly gaining ground that companies should take responsibility for ensuring that their suppliers observe human rights and comply with environmental standards.

Corporate Social Responsibility (CSR) stands for businesses voluntarily contributing to sustainable development and implies responsible corporate action by all market participants. Its core is the socially, ecologically, and economically responsible corporate management that has an impact throughout the entire value chain. Numerous companies use codes of conduct or CSR agreements to obligate their contractual partners to observe minimum standards of occupational health and safety and to object to child labor, forced labor, or discrimination in their companies or at their suppliers. Voluntary assumption of social responsibility is being legalized in the form of binding statutory provisions, for example through the Minimum Wage Act, which already includes CSR approaches.

In2011, the United Nations Human Rights Council adopted Guiding Principles on Business and Human Rights, representing a global instrument for eliminating and preventing human rights violations in a business context. In 2015, the international community  adopted the 2030 Agenda with 17 global goals for a better future based on these principles.

In 2016, the German federal government initiated the National Action Plan – Transposition of the UN Guiding Principles on Business and Human Rights (NAP). As apparently only few companies comply with their human rights due diligence obligations in the supply chain, the German government agreed on a “Due Diligence Act” (also referred to as Supply Chain Act) after tedious political negotiations.

In France (Loi de Vigilance), the Netherlands (Wet Zorgplicht Kinderarbeid), and the United Kingdom (Modern Slavery Act), statutory provisions to prevent human rights violations and child labor in the supply chain already exist. Following the narrow failure of the referendum on the “Corporate Responsibility Initiative” in Switzerland in November 2020, the Swiss parliament’s legislative proposal with far-reaching reporting obligations for companies in the areas of the environment, employee protection, human rights and anti-corruption entered into force.

After a lengthy dispute within the coalition, the German government agreed to adopt a new Supply Chain Act on February 12, 2021. The draft bill from the Ministries of Labor, Economic Affairs, and Development was approved by the federal cabinet on March 2, 2021. The legislative procedure is to be concluded prior to the end of the current legislative period. If the procedure goes according to schedule, the Act will enter into force on January 1, 2023 after a transition period.

As of this date, the statutory provisions will initially only apply to large companies with 3,000 or more employees that have their registered office or head office in Germany. From 2024, this threshold will be lowered to 1,000 employees. Even so, German SMEs would initially not be affected by this Act.

In principle the “supply chain”,as defined in the drafted Act, begins with the extraction of raw materials and ends with the delivery to consumers. According to the proposals, however, companies will in principle only be responsible for their own business area and their direct suppliers. Where a grievance in the supply chain becomes known, companies are supposed to be obligated to take remedial action.

Companies will need to introduce and effectively implement appropriate risk management systems to comply with their human rights and environmental due diligence obligations. This is intended to identify risks and prevent violations of protected legal rights (including life, health, fair working conditions, freedom of association, and protection against child labor, slavery, forced labor, and torture etc.).

Risk management must also include an appropriate risk analysis: Companies will be required to identify threats to protected legal interests in their own business areas and those of their direct suppliers.

Where risks are identified, appropriate preventive measures need to be taken. These include training and the establishment of a complaints procedure (e.g. whistleblower hotline). If protected legal rights have been violated, companies must take appropriate remedial action in their business area without delay. Compliance with the corporate due diligence must be reported on an ongoing basis on the internet.

The originally planned lifting of the corporate veil under civil law was not implemented. However, aid organizations will be able to take legal action via class action lawsuits. Non-governmental organizations and trade unions will get the opportunity to represent individuals before German courts.

The responsible authorities will supervise compliance with the new provisions. They are given “robust authority” for this purpose and would be able to perform on-site inspections and enforce compliance with penalty payments. In the event of violations, substantial and in some cases high sales-related fines could be imposed on the company and its management. Heavily fined companies could be excluded from tenders for up to three years.

In the EU, legislative proposals for mandatory social standards in supply chains are also expected in 2021. The European Parliament’s Committee on Legal Affairs voted in favor of a specific proposal for a Supply Chain Act on January 27, 2021. In parallel, the EU Commission is currently drafting its own concept for corporate due diligence in the supply chain, which is set to be presented in early summer 2021. Justice Commissioner Didier Reynders and Commissioner for Jobs and Social Rights Nicolas Schmit already presented their plans last year: Since only one in three companies in the EU carefully examines its supply chains in relation to human rights and environmental impact, the EU is working on presenting mandatory due diligence standards. Some members of the European Parliament want to see a much stricter European Supply Chain Act that should apply to companies with as few as 250 employees and affect the entire supply chain. In the event of serious violations, a ban on imports is also proposed.

On January 1, 2021, the EU Conflict Minerals Regulation entered into force, imposing extensive due diligence requirements on importers of gold, wolfram, tin, and tantalum.

Moreover, the EU is currently working on a number of other sustainability projects, including a revision of the ”EU CSR Directive“(EU–CSR-RL 2014/95). According to the Directive, the relevant companies in Germany will also have to submit a “non-financial statement” as part of their (consolidated) management reporting from December 31, 2017. At a minimum, this includes statements on environmental, social, and employee issues as well as on the respect for human rights and on anti-corruption (Sections 289 b et seqq., 315 b et seq. German Commercial Code (HGB)). The current revision aims to expand the scope, contents, and audit of non-financial statements. For example, the company’s effects on the environment are to be discussed in greater detail in the future. In addition, it is intended to integrate the control of “climate-related risks and opportunities.”

The regulation of long-term and sustainable corporate management and monitoring is part of another EU project (Sustainable Corporate Governance). This could particularly affect Directive 2017/1132 (aspects of corporate law) and Directive 2007/36 (exercise of certain rights of shareholders in public listed companies). It is currently still unclear, however, which areas of action are affected in particular.

The lawyers in our Corporate Social Responsibility (CSR) Taskforce advise companies, public institutions, and organizations in all aspects of the dynamic field of business, environment, and human rights.

Our services include the following:

Our lawyers in the field of Corporate Social Responsibility (CSR) 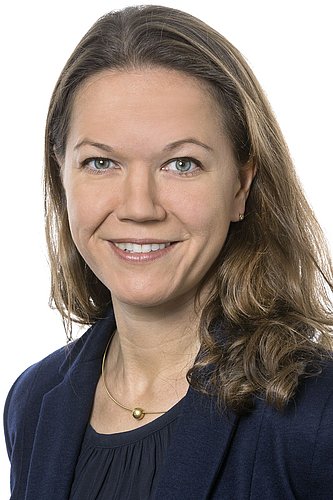 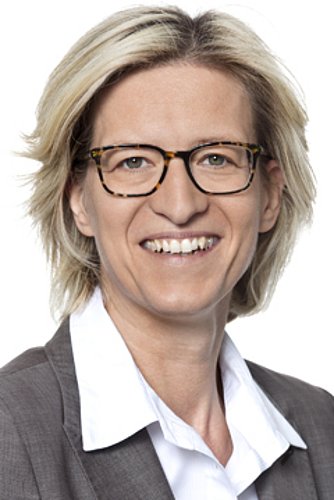