Recently, the German Federal Labor Court (Bundesarbeitsgericht, BAG) had the opportunity to answer a legal question that has preoccupied numerous domestic companies across industries since the so-called "time clock decision" of the ECJ of May 14, 2019 (Case C-55/18 - [CCOO]). The ECJ had famously ruled that EU member states must require employers to implement an "objective, reliable and accessible system" for recording the working time of each employee. At the time, this decision was correctly understood primarily as an appeal to national legislators to implement the minimum occupational health and safety requirements required by EU law. In many places, however, discussions flared up as to whether the decision might (also) have other effects, namely in terms of the procedural distribution of the burden of presentation and proof in overtime compensation proceedings. This was advocated in particular by employee representatives, but also by some labor courts. In this respect, the Emden Labor Court should be mentioned above all, for the first time in its highly regarded decision of February 20, 2020 (Ref. 2 Ca 94/19).

Significantly, the BAG decision outlined below was also heard by the Emden Labor Court in the first instance. The plaintiff was employed as a delivery driver by the defendant, which operates a retail company. The plaintiff recorded the beginning and end of each workday, but not the break times, using a technical time recording system. At the end of the employment relationship, the evaluation of the time records showed a positive balance in favor of the plaintiff of 348 hours. In his lawsuit, the plaintiff demanded overtime pay in the gross amount of €5,222.67. He claimed that he had worked the entire time recorded. It had not been possible to take breaks because otherwise the delivery orders could not have been processed.

The Emden Labor Court upheld the action in its judgment of November 9, 2020 (Case No. 2 Ca 399/18). In doing so, it again relied significantly on the judgment of the European Court of Justice (ECJ) of May 14, 2019 (Case No. C-55/18 - [CCOO]). This - according to the Emden Labor Court - modified the burden of proof in the overtime compensation process. According to this decision, employers are to be obliged by the member states to introduce an objective, reliable and accessible working time recording system. If this is violated, it is sufficient for the employee to provide conclusive evidence of the number of overtime hours worked. The Lower Saxony Labor Court (LAG) did not share the legal opinion of the Emden Labor Court. It therefore largely dismissed the action for overtime pay (LAG Lower Saxony, judgment of May 6, 2021, Case No. 5 Sa 1292/20).

Decision of the BAG

The plaintiff's appeal against this ruling was also unsuccessful before the BAG. In its press release, the BAG emphasized that the Lower Saxony Regional Labor Court had correctly determined that the aforementioned ruling of the ECJ did not affect the distribution of the burden of presentation and proof in overtime compensation proceedings. This decision had been issued on the interpretation and application of the Working Time Directive 2003/88/EC and Article 31 of the European Charter of Fundamental Rights. However, according to established case law of the ECJ, these provisions are limited to aspects of the organization of working time to ensure occupational health and safety, but not to questions of remuneration. In this respect, the principles developed by the case law remain valid. Accordingly, in overtime compensation proceedings, the employee must (1) state the extent to which he or she worked overtime and (2) submit that the employer expressly or impliedly ordered, tolerated or subsequently approved the overtime worked. This requirement of an initiation and attribution of overtime by the employee cannot (further) be waived. In the present case, however, the plaintiff had not shown that it had been necessary to work through without observing the break times. Whether this assertion was true at all could therefore be left open.

The decision of the BAG is so far only available as a press release. It therefore remains to be seen whether the BAG will essentially limit itself in the reasons for its decision to endorsing the convincing argumentation of the lower court or whether it will make its own, more far-reaching considerations. Irrespective of this, the result of the decision deserves unqualified approval. The discussions that have flared up since the "time clock ruling" about a possible shift in the burden of proof in overtime litigation and the resulting uncertainty among companies are thus likely to be outdated.

It is worth noting that two months ago the Federal Ministry of Labor and Social Affairs presented a draft bill that is intended to implement the EU legal requirements, as specified by the ECJ ruling three years ago. Among other things, this draft stipulates that in future employers in the eleven sectors and branches of the economy listed in the Act to Combat Clandestine Employment and in the areas of employee leasing and employee posting must record working times electronically and in a tamper-proof manner on a daily basis. In terms of technical implementation, the draft thus goes even further than the requirements set by the ECJ. In contrast, it falls short of the requirements with regard to the material and personal scope of application because it does not provide for a cross-industry obligation to record working time. It remains to be seen whether and with what content the law will be passed next fall. 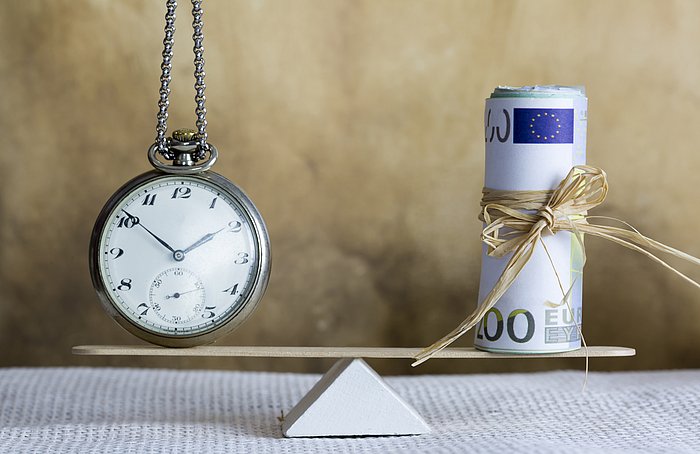