In recent months, the European courts have again decided numerous state aid cases. The following decisions deal with the criteria for determining a secondary activity required for a SGEI, the classification of an enterprise as an SME in case of control by public authorities, the point of time when de minimis aid is granted as well as the prerequisites for funds being considered as state resources.

The General Court (“EGC”) annulled the European Commission's decision. The European Court of Justice (“ECJ”) dismissed the appeal against that decision.

Compensation for unnecessary secondary activities constitutes overcompensation and therefore state aid. Accordingly, there is an obligation to keep separate accounts for costs and income from:

The decision shows the clear demarcation of secondary activities in the case of a SGEI. In particular, the grantee has to observe the distinction between necessary and unnecessary secondary activities. In this case, a separation of accounts is obligatory. Otherwise, there is a risk of recovery due to cross subsidies in violation of state aid law.

In its decision of 24 September 2020 (case C-516/19), the ECJ decided on a reference for a preliminary ruling from the Administrative Court of Berlin. The plaintiff company appealed against the decision of the funding body regarding the German state aid programme "Zentrales Innovationsprogramm Mittelstand" against the refusal of the aid applied for. The funding body had refused to grant the company support on the ground that it was not an SME according to Annex 1 to the General Block Exemption Regulation No 651/2014 (“GBER”). The company is controlled by public authorities through a board of trustees of a non-profit foundation, which holds 88.8% of the shares in the company. Article 3(4) of Annex 1 to the GBER excludes the status of an SME if one or more public bodies control at least 25% of the voting rights or capital, individually or jointly.

For the ECJ, control results solely from the participation in the capital or voting rights held by public authorities. The rules contained in the definition of SMEs in Annex 1 to the GBER are intended to reflect the economic reality of SMEs better. Enterprises should not be eligible under SME programmes if they have a stronger economic power than SMEs. This is because the benefits of these support programmes are intended to benefit those enterprises for which there is a corresponding need.

Art. 3 of Annex 1 to the GBER provides for various cases in which a company, despite the participation of, for example, a university, is to be regarded as independent and therefore as an SME. If these cases are not relevant, the exclusion from qualification as an SME applies if public bodies, individually or jointly, control 25% or more of the voting rights or capital. In the present case, according to the statutes, the Board of Trustees of the Foundation decided, inter alia, on the financial planning of the Foundation and the appointment or dismissal of the Executive Board.

Whether or not public authorities are able to influence and coordinate the actual exercise of the voting rights of their delegated representatives is not relevant when determining control. Furthermore, whether or not the representatives actually take into account the interests of their respective public sector bodies is not a factor when determining control. Finally, the fact that the Foundation's articles of association do not regulate the exercise of voting rights through the company in which the Foundation holds 88.8% of the shares does not remove control either.

Both the granting authority and the grantee have to assess the shareholder structure of an undertaking when applying for state aid in order to avoid a negative decision or even a later recovery of aid. The ECJ's assessment that it is not the actual control has to be assessed but only the abstract possibility of control is sufficient, is of particular importance: Thus, an "exculpation" is not possible. The judgement is therefore likely to play an important role in the future design of the participation of public authorities in SMEs.

On 28 October 2020, the ECJ (case C-608/19) ruled, in response to a submission by the Veneto Regional Administrative Court, that an undertaking might, until the grant of state aid, reduce the amount of aid requested or renounce any aid already received previously in order not to exceed the maximum amount of de minimis aid. The moment when aid is granted is determined by national law and takes place as soon as the beneficiary is entitled to receive the state aid.

The amount of EUR 200,000 over three fiscal years is the maximum amount a company can receive under the de minimis Regulation 1407/2013. If this amount is not exceeded, the European legislator assumes that measures covered by this regulation neither have an effect on trade between Member States nor threaten to distort competition in the internal market.

Following the rejection of its application for state aid, the applicant filed an amended application for a reduced grant and renounced a previously awarded grant in order not to exceed the threshold of de minimis aid. The granting authority refused to grant the aid as a whole, since compliance with the de minimis maximum amount is relevant at the time of approval. Corrections were only possible until approval (or rejection).

It follows from recital 21 of the de minimis Regulation that the permissibility of aid up to EUR 200,000 is intended to reduce the administrative burden on Member States. Until the time the aid is granted, the ECJ considers that the application for reduced funding or the renunciation of aid already received is not detrimental. However, a Member State is not obliged to grant the possibility of adjusting an aid application.

The ECJ decision of 21 October 2020 in case C-556/19 deals with the question of funds being state resources in the case of levies on waste intended for recycling. The French company Eco TLC is responsible for the separation and recovery of waste for certain products. Manufacturers of these products pay a levy to the non-profit-making service provider Eco TLC. Eco TLC in turn grants a subsidy to waste separation companies for the recycling and treatment of waste of TLC products. The legislator sets the amount.

This measure is the result of an amendment to the French Environmental Code. To fulfil their obligations, producers of TLC products must either treat this waste themselves or pay a fee to an approved environmental organisation to ensure that the waste is treated.

The financial contributions made by private operators (the manufacturer of TLC products) are paid to a company also governed by private law, which in turn pays part of the contributions to other private operators (the waste separation companies). The payments are all of a private nature and never flow through the State budget. The State does not waive taxes, levies or the like under this mechanism. There is therefore no transfer of state resources. Furthermore, the State has no control over these funds at any time. Civil and commercial law governs all the obligations arising from the mechanism. Finally, the funds are only used to fulfil the tasks assigned by law. Indeed, the amount that Eco TLC pays to the waste separation companies is determined by the State. However, the Eco TLC itself determines the contributions to be paid by the manufacturers (including for the service and the contributions to be paid to the waste separation companies) so that TLC’s expenditures are covered.

A State-appointed auditor on the board of directors of Eco TLC has no voting rights and therefore cannot influence the management of the funds; his sole task is to verify the financial capacity of the company.

The decision shows (as does the judgement on the EEG levy, C-405/16 P), that the question whether or not the funds constitute state resources depends on the concrete circumstances of the individual case. In these cases, is has to be argued with the specific design of the levy mechanism in order to exclude that the funds are considered as state resources. 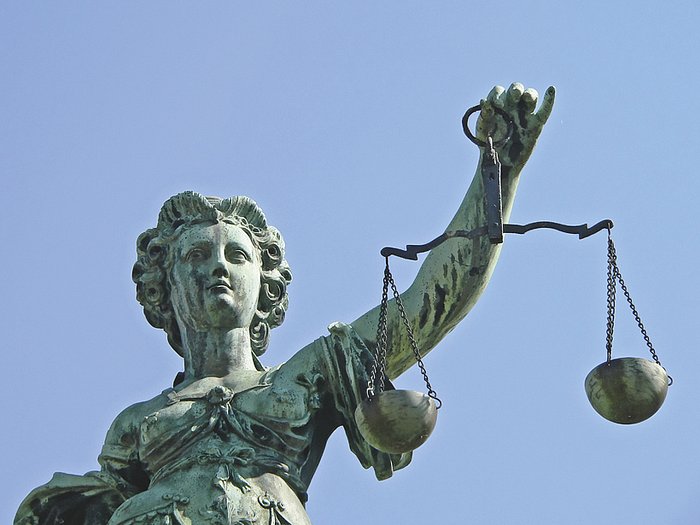