The dispute about the Belgian nuclear reactor Tihange is continuing. Even after the visit of Barbara Hendricks, German Minister of Environment, in Belgium last week, no political solution is in sight. Dr. Ute Jasper, Partner of the law firm of Heuking Kühn Lüer Wojtek, supports the Aachen City Region. She sees fairly good odds according to Belgian and EU law to ensure greater information and safety by taking legal action, as she stated in an interview on the WDR show Westpol.

"Tihange 2 had been shut down and then started up again in November 2015. We have therefore asked for a permit. This permit does not exist. We would like to obtain it, however, to review it under procedural and substantive aspects," said Jasper in an interview with Westpol.

Numerous German and Dutch authorities and municipalities endorse the actions of the Aachen City Region against the nuclear reactor operator. In addition to the nine municipalities of the City Region, the districts of Düren, Euskirchen, Heinsberg, Bitburg-Prüm, and Vulkaneifel, as well as the Dutch municipalities of Heerlen, Kerkrade, and Maastricht support the legal action.

According to Ute Jasper, legal action has a greater chance of success if a large number of plaintiffs are involved. "It is always a discretionary decision as well, a weighing of interests of the operator and the power supply on the one hand and the interests of the affected population on the other side. The more institutions and people join in, the more the pendulum swings in one direction. It is therefore vital for as many parties as possible to join."

As reported previously, Heuking Kühn Lüer Wojtek is currently examining legal options with a team led by Dr. Ute Jasper and is preparing a lawsuit jointly with Belgian lawyers of the law firm of blixt. 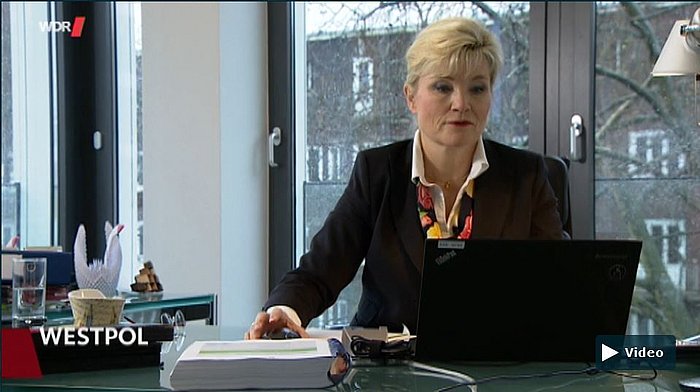