Finally: State Premiers give the green light for new gambling regulations from 2021

German federalism makes it difficult for those affected to appreciate it: Whether in education policy and culture or in the fight against epidemics - when the federal government is not able to make uniform specifications in the areas falling under the federal states' responsibility, but the issues cry out for nationwide solutions, the federal state's track record is quite sobering. Gambling law is a blatant example of this. The gambling regulations of the German federal states, constantly invoked by judgments of the German Federal Constitutional Court (BVerfG) and the European Court of Justice (ECJ), but then declared inapplicable again by the same courts in their specific form, have completely failed in various state treaties. Finally, under the leadership of the head of the North Rhine-Westphalian State Chancellery, Nathanael Liminski, the "Glücksspielneuregelungsstaatsvertrag [new state treaty on gambling regulation] (GlüNeuRStV)" was approved with the consent of all state premiers on March 12, 2020 and was transferred to the state parliaments for ratification. It is due to come into force in mid-2021 and will replace the largely void and inapplicable "German Interstate Treaty on Gambling (GlüStV)” which has been worthless for a long time.

Before the decisive alterations are presented, let's take a look at the markets, which will see little change until mid-2021:

From this chaotic view of the current situation, we now turn to the "target situation" under the new law:

a)      Lotteries and lottery brokerage

Various baskets were formed in the federal states' unification process, whereby, given the regulation pressure, some were included that had to be urgently revised. This did not include lottery law, as it was indisputably not in the interest of any federal state to open a group of organizers alongside the state-dominated regional companies. As the ECJ has not complained in principle about the freedom of the Member States to establish such monopolies, but rather about there being recognizable fiscal motives, the legislative confirmation of the current situation should not be open to attack by the Luxembourg judges in every case. However, it will remain problematic that, according to Sec. 4 para. 4, the license for Internet lotteries can only be granted for self-distribution and brokerage, i.e. in simple terms, only the state lottery monopoly companies are allowed to sell their products in the Internet. The State Treaty therefore reverts to earlier law, more precisely to the penultimate German Interstate Treaty on Gambling: In order to show consistency, the last State Treaty prohibited state companies from operating online lotteries in order to consistently maintain the inadmissibility of foreign offerings. Justifying this under a reversion to the old law, so that only German state lottery operators are permitted to mediate lotteries online, remains a legal balancing act, the outcome of which may be forecast as politically promising for the states, but not legally. The unchanged, unattractive right of the gambling broker does not help here either. The business is sustainably unattractive due to the ongoing margin determination in Sec. 19.

In Sec. 12 - 18, 22 and 23 the lottery monopoly remains with the exceptions for lotteries with minor risk potential (Sec. 12). The Treaty uses the term “instant lotteries” in an undefined manner for the first time, section 22 para. 2. They are to limit what is new in the license, after the - albeit inapplicable - advertising guidelines had previously expressly prohibited advertising for instant lotteries, so that, in the absence of any other mention of the term, a previously intended prohibition was to be assumed.

Horse betting has not experienced any significant changes. The new Sec. 27 subjects stationary events and mediation to the general (revised) license procedure and provides for expanded Internet offerings. EU providers are integrated on a non-discriminatory basis, but must establish a ".de" domain.

The law on sports betting is essentially new: In contrast to previous laws, there is neither a numerical nor a time limit (experimental clause according to Sec. 10 a GlüStV old version), but the "license ... is granted upon request" (Sec. 4 b para. 1 sentence 1). It is granted for five years for the first time or seven years thereafter, Sec. 4 c para. 1 sentence 1. The approval of result bets and event bets is new in Sec. 21. The number of stationary betting agencies can be limited and these may only take bets from one organizer.

For the first time in Germany, online casino offerings will be opened outside of the federal state of Schleswig-Holstein, which has been liberally active for a good decade. By definition, virtual slot machines are "replicas of terrestrial slot machines offered in the Internet"; online casino games are "virtual replicas of dealer games and live broadcasts of a terrestrial dealer games with the possibility of participation via the Internet". Online poker is a "variant of poker, but without a dealer, in which different natural persons play opposite each other at a virtual table" (Sec. 3 para 1 a).

With online poker, the standards are quite general. The organizer must submit its rules of the game for approval and is dependent upon further approval if there are significant changes (Sec. 22 b). Only natural persons are allowed to play, the table composition has to be random (para. 3 and 4).

The online gambling games (= dealer games) are reserved for the state casino companies pursuant to Sec. 22 c. There can be no new concessions that exceed the number of casino concessions as at January 17, 2020 (para. 1 (2)). An audiovisual transmission from casinos and other gambling device locations as well as participation in these games on the Internet is prohibited (para. 4).

In the area of terrestrial casino and amusement arcade law, the new State Treaty does not contain any changes to the previous law.

In contrast to the previous unsuccessful license distribution, which was equally as restrictive as in sports betting, the federal states have recognized that an established, nationwide unified procedure is required. And furthermore: a new institution is to be established called "Gemeinsame Glücksspielbehörde der Länder" [joint gambling authority of the states] with head office in Saxony-Anhalt which will be responsible for the license pursuant to Sec. 4 (including all Internet, self-distribution and brokering offers) and supervision from 2022 (Sec. 27 a). It will primarily issue the licenses to be granted with effect for all states pursuant to Section 9 a para. 1 and exercise other powers under the State Treaty (Section 27 f). The institution is integrated into the law and the legal and specialist supervision of the federal state of Saxony-Anhalt (Sec. 27 l).

Until the end of 2022, by which time the institution will have been established, the individual state gambling supervisory authorities will remain as trustees of various responsibilities for all federal states. For example, the Ministry of the Interior of the State of Lower Saxony will continue to be responsible for gambling brokers, and the Hessian Gambling Authority for sports betting operators. The new online offerings which have been permitted for the first time are subject to the license procedure in Saxony-Anhalt, but are still subject to the existing state supervision there.

The State Treaty requires 13 ratifications in order to enter into force (Sec. 35 para. 1). It is concluded for an indefinite period, but can be terminated by any state with a one-year period of notice to December 31, 2028. It will then continue to exist among the other states, as will the joint gambling authority under the aegis of the remaining contracting states, unless fewer than 13 contracting states remain.

The Treaty focuses on new substantive-legal principles that apply across all types of gambling and take into account the special features of Internet communication. Some of these principles can only be briefly discussed here:

The fact that the federal states are joining forces is to be welcomed. Doubts about the 13 ratifications and the establishment of the "joint gambling authority of the federal states" are no longer appropriate. The decline in state judicature in the past decade has been too painful for the laboriously achieved compromise to disappear again.

The State Treaty is detailed and answers many open questions from the past. It is not surprising that the lottery monopoly has remained and genuine online casino games can only be offered by the previous heavyweights, the state casinos. However, there are doubts that Germany will succeed in "bringing home" the revenues lost to companies from other EU countries in recent years. The legal claim that secondary lotteries from Malta and Gibraltar are unauthorized gambling games is based on the loophole of Sec. 3 no. 4, according to which the event (also) takes place where the player is given the opportunity to participate, i.e. with online offerings, at the locations of the players in Germany. This extraterritorial extension of German law to foreign companies and their online services is problematic under international and European law, however, it actually leads to the fact that the organizer's home state and the player's home state suggest two jurisdictions that conflict. The market cannot prevent this as sovereignty ends at the territorial borders, so the German gambling supervisory authorities and media outlets of the organizer's headquarters cannot implement and enforce anything. Even the online casino games from abroad will not be able to erase the new law.

The State Treaty is old-fashioned with regard to the question of a European gambling law conversion. It insists on German responsibility for foreign offerings with partial liberalization of the domestic scenarios. It is to be hoped that many EU foreign companies will come to Germany to take advantage of the new legality that will be in effect from 2021. This will only be the case if administrative practice gives both sides - players and Internet providers - the chance to find each other on fair terms and with appropriate supervision. Gambling supervision will have to mutate in future from a prevention machine to a support of Germany as a location for legal and well-controlled online gambling offerings. However, the privileging of state-controlled offerings (including the reinstated Internet lottery for the benefit of the state lottery companies) means that precisely this cannot be expected. The fight of the public against the private, the German authorities against the EU foreigners, will remain in the market. The State Treaty is a new chapter, but not really a forward-looking overall concept. Anything more was just not politically possible. 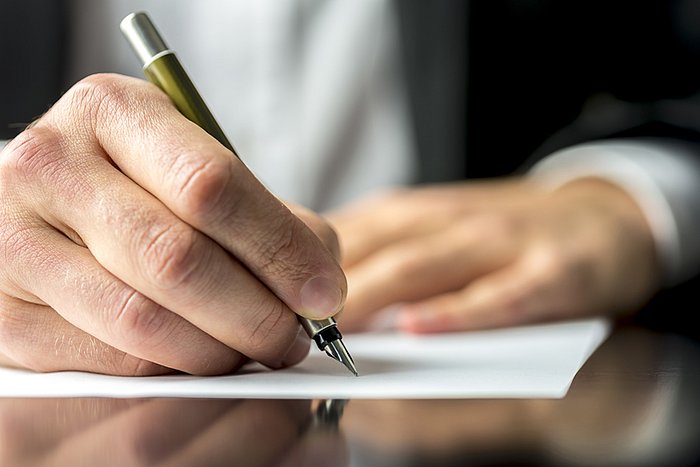