Victory for 1. FSV Mainz 05 e. V. (Mainz 05), the Bundesliga soccer league, and all teams in professional team sports: On January 16, 2018, the Federal Labor Court ruled for the first time that time limits are effective for players in team sports, specifically in Bundesliga soccer (Case: 7 AZR 312/16). Employment lawyer Dr. Johan-Michel Menke, partner at the Hamburg office of the law firm of Heuking Kühn Lüer Wojtek, successfully advised Mainz 05 on the appeal and the legal review by the court.

Heinz Müller, former goalkeeper of Bundesliga soccer team Mainz 05, had sued his previous team for removal of the time limit of his employment contract and for lost bonus payments. The legal dispute mainly dealt with the issue as to whether and to what extent employment contracts in professional sports may be time-limited and to what extent a claim to be selected for the team and/or the resulting opportunities for bonus payments exists. After Mainz Labor Court had decided that the team had unlawfully limited Müller's contract (Case: 3 Ca 1197/14), Rhineland-Palatinate State Labor Court considered the fixed term to be effective. The Federal Labor Court now confirmed the effectiveness of the time limitation and follows the grounds presented by the State Labor Court that the fixed term is justified by the nature of the work performance in professional sports.

“If teams were unable to conclude fixed-term player contracts, they would be faced with insoluble problems. Dismissals are hardly possible under employment law and are additionally prohibited under the rules of the federation. In this respect, today’s ruling creates legal certainty for the entire sport – 1. FSV Mainz 05 e. V. and Heuking Kühn Lüer Wojtek wrote legal history,” said Menke.

The case is of paramount importance overall because it concerns the general admissibility of fixed-term employment contracts in professional sports, such as in Bundesliga soccer, handball, basketball, or ice hockey.

Here is an excerpt of press coverage: 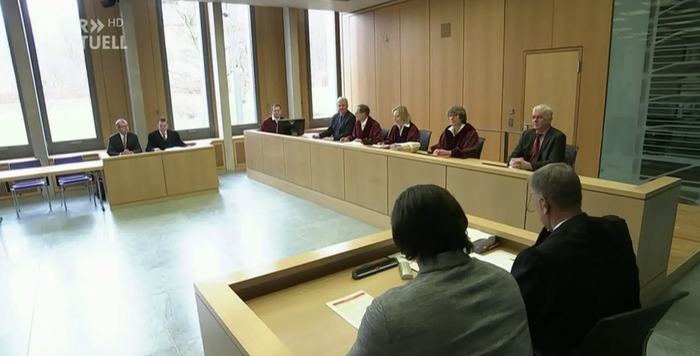