In March 2021, the Regional Labour Court („Landesarbeitsgericht“, LAG) Hessen had to decide on the question of whether bicycle suppliers have a claim against their employer for the provision of a roadworthy bicycle and an internet-capable mobile phone for use on duty.

The plaintiff worked as a bicycle delivery driver for the defendant, delivering food and drinks from various restaurants to customers on their behalf. Both the schedules and the addresses of the restaurants and customers were communicated to him via an app on his private smartphone. The app typically consumed up to 2 GB of data per month. Pursuant to the employment agreement entered into in late 2019, the defendant provided the plaintiff with work materials to perform the job, and the type of work materials provided was governed by the separately entered "pledge agreement" („Pfandvertrag“). However, the "pledge agreement" did not include the provision of a bicycle, a smartphone or a data usage contract, so the plaintiff had to provide these work materials himself.

The plaintiff now made a claim for providing him with a bicycle, a smartphone and a data usage agreement to perform his job.

The Labour Court („Arbeitsgericht“) Frankfurt a.M. had dismissed the action. It assumed that the parties had at least impliedly agreed that the plaintiff had to provide the disputed work materials himself, since the plaintiff had signed the employment contract knowing this, so that the provision did not violate § 138 German Civil Code („Bürgerliches Gesetzbuch“, „BGB“).

In its decision of March 12, 2021, the LAG Hessen ruled that the defendant must provide the plaintiff with the work materials at issue for the performance of his work pursuant to §§ 611a, 615 S.3, 618 BGB in conjunction with the employment contract.

According to § 611a BGB, the employee owes exclusively the agreed work performance, but not the provision of the necessary work equipment. Pursuant to § 615 S. 3 BGB, the employer bears the risk that the work cannot be performed for reasons within the sphere of the company. In addition, § 618 BGB stipulates that the employer must procure the devices and equipment for the performance of the services. This statutory provision had not been effectively waived by the parties.

It is true that the employment contract provides that only the operating materials listed in the pledge agreement are provided by the defendant. However, this provision does not stand up to a content review pursuant to § 307 para 1, 2 no. 1 BGB.

Since the employee merely owes the performance of his work and is remunerated for it, it cannot be demanded of him that he must also provide the work equipment. Only what belonged to the employee's self-evident duty to use, such as his private clothing, could be compensated for by the payment of remuneration. Otherwise, a provision which imposes duties and risks on the employee, such as the independent provision of working materials, without the employee receiving separate consideration for this, is not compatible with § 307 para 1, 2 no. 1 BGB. Particularly in the case of substantial assets, the provision of which represents a greater burden for the employee in relation to his employment earnings and for which he himself bears the risk of wear and tear or loss, an unreasonable disadvantage is to be assumed.

The LAG Hessen rejected the defendant's objection that the plaintiff had the disputed work materials at his disposal anyway, so that he could also provide them himself. Without consideration or reimbursement of expenses, such a provision, according to which the employee has to use his own assets in the interest of the employer, basically represents an unreasonable disadvantage, especially since the employee thus also has to bear the risk, contrary to § 615 S. 3 BGB, of not being able to perform the work, for example in the event of theft or damage.

The fact that the defendant credited the plaintiff EUR 0.25 per hour worked for bicycle repairs did not change this. It was already questionable whether such a regulation created by an overall commitment („Gesamtzusage“) outside of the contract to be assessed could be considered as compensation at all. In particular, it could be replaced by a deviating works agreement and was therefore not binding to the same extent as a regulation in an employment contract. Furthermore, the amount did not in any case constitute sufficient compensation for the company use of one's own bicycle.

The decision is understandable against the legal background of § 618 BGB. Especially expenses for essential work equipment (and the associated risk of failure) must - in principle - initially be borne by the employer. Otherwise, a considerable part of the entrepreneurial risk would be shifted to the employee.

On the other hand, it is worth taking a close look at the decision of the LAG Hessen. Already the leading sentence („Leitsätze“) suggests that there can be exceptions to this principle. There, the LAG is quoted as follows: "[...] if the employment contract does not effectively regulate something different. " In the case to be decided here, the LAG saw a problem in the fact that the compensation for expenses in the amount of EUR 0.25 per working hour was made by way of an overall commitment and thus "non-binding" as an agreement in the employment contract. Whether this legal opinion is correct may be doubted in view of the fundamental collective opening also in standard employment contracts according to the German Federal Labour Court („Bundesarbeitsgericht“, „BAG“) case law (cf. BAG, judgment of 5 March 2013, 1 AZR 417/12).

In addition, the amount of EUR 0.25 per working hour was too low. However, it remains unclear from where the LAG takes the authorisation to carry out a content check beyond the limit of immorality.

If one takes these premises of the LAG seriously, it must be possible to agree on a deviating contractual regulation at least by way of employment contract agreements, the amount of which offers an appropriate compensation for acquisition, loss of value, wear and tear, etc.. The LAG leaves open what such an agreement could look like in concrete terms.

It remains to be seen whether the decision of the LAG will stand up to the (pending) appeal at the BAG. In the matter at hand, however, it is the case that most of the larger courier services provide their drivers with bicycles, clothing, smartphones, etc. anyway; the decision of the LAG Hessen will therefore presumably not have a major impact on the industry as a whole. 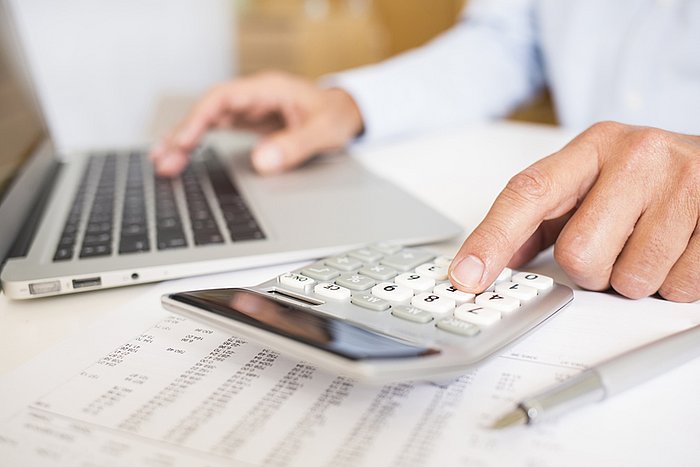