Worker participation of the works council in employee survey

The recent decision of the FOPH (FOPH, decision of 11.12.2018 - 1 ABR 13/17) gives additional grounds for further clarifying the practical question of to what extent the conduct of an employee survey is subject to worker participation by the works council.

The Respondent - a parent company of a postal and logistics company - has been carrying out an annual Group-wide employee survey since 2007 using a standardized electronic questionnaire. Participation is voluntary and anonymous with respect to the participants. A third party company is commissioned to conduct the survey. The employer has set up a Group Works Council. The electronic platform used for the survey was set up on the basis of a Group Works Agreement. Compared with the questionnaire in the previous year, the survey conducted in 2015 included, among others, revised questions regarding the conduct of the direct superior. This revision was considered by the Group Works Council as requiring worker participation. The latter was of the opinion that the contested survey was subject to occupational health and safety protection. Moreover, these are personnel questionnaires and/or assessment principles. It sought a declaration to the effect that it is entitled to a particpation right in the preparation and conduct of the 2015 employee survey and that the collection and compilation of data by means of personnel questionnaires in the form of the employee survey 2015 is inadmissible under Sec. 94 (1) Works Constitution Act (BetrVG.).

The FOPH has dismissed the appeal of the Group Works Council in full.

Although, according to FOPH, the Group Works Council is not lacking in regulatory competence for the matter in dispute. As already stated in its decision of November 21, 2017, the participation of the works council is based on the level of decision-making authority in the matter in question. In the case of a measure taken by the Executive Committee, the Group Works Council is to be involved - subject to an obligation to particoate with regard to the measures - (FOPH, resolution of 11.21.2017 - 1 ABR 47/16).

In the present case, however, the Group Works Council has no right of worker participation with regard to the contested revision in the questions of the employee survey.

Contrary to the applicant's opinion, such a consequence does not follow from Sec. 87 (1) no. 6 BetrVG. The platform used for the employee survey constitutes a technical facility in the sense of this provision. However, this was introduced through worker participation. A revision in the questions, contrary to the applicant's view, does not lead to a change in the technical facility. The data collection and evaluation are already described in detail in the information sheet of the IT system used. It follows from the link provided there, that the respective superior, in contrast to the participants, is quite identifiable, which the Group Works Council presented unchallenged. However, this - inadequate anonymisation - does not follow from the revision of the questionnaire but is already laid out in the IT system - which had been subject to worker participation The Group Works Council is free, if it wishes to change this circumstance, to terminate the Group Works Agreement and to force a new agreement.

Insofar as the applicant has expressly appealed only with regard to Sec. 87 (1) no. 6 BetrVG, this would be irrelevant to the scope of the examination by the court. This does not change anything in the outcome. This is because the employee survey or its revision is not subject to worker participation neither pursuant to Sec. 87 (1) no. 1 or no. 7 nor pursuant to Sec. 94 (1) BetrVG. Due to the voluntary nature and anonymity of the employees participating in the survey, the employee survey does not constitute a measure to regulate the behavior of employees in the workplace.

In addition, the (modified) employee survey did not constitute conducting a risk assessment or occupational safety measure.

Moreover, the questionnaire used could not be qualified as a personnel questionnaire or an assessment principle. This does not follow from the questions on the conduct of direct - unnamed - superiors. Only subjective assessments would be queried here. It is not evident to what extent abstract general assessment factors or criteria would be drawn up based on which a Group-wide assessment scheme will be introduced.

With this decision, the FOPH links seamlessly to the decision of November 21, 2017. In this decision, the FOPH had already stated that in the case of a Group-wide employee survey based on a decision of the Executive Committee, the local works council had no regulatory competence. Literally, the senate formulated succinctly that "where nothing is determined, nothing can be codetermined by participation of the works council".

Even with regard to the substantive right of worker participation there are no deviations from the previous decision of the FOPH. Thus, in the decision of November 21, 2017, the FOPH stated that the questionnaires used for a voluntary employee survey, on the topics "Your work environment" and "Your working conditions", can not be qualified as employee questionnaires subject to worker participation. This is justified by the FOPH with the protective purpose of Sec. 94 (1) (1) BetrVG, which serves for the preventive protection of the employees' personal rights, to the extent this can be affected by questions of the employer regarding personal circumstances, characteristics and abilities. However, this right is not affected by a voluntary employee survey.

The FOPH also consistently denies a mandatory measure of health protection pursuant to Sec. 87 (1) no. 7 BetrVG where, due to the voluntary nature of the survey and the anonymity, no local workplace, work activity or work area-related conclusions can be drawn regarding the working conditions in the workplace.

Employee surveys are possible in a voluntary and anonymous form without the participation of the works council. From the point of view of the FOPH, it makes no difference whether the survey uses electronic questionnaires or those in paper format. In both cases, the works council is not entitled to right of worker participation in relation to the questionnaire used. The situation is different with regard to the introduction of an IT system by means of which the data collection and evaluation takes place. This is subject to the worker participation of the responsible works council in accordance with Sec. 87 (1) No. 6 BetrVG.

Which works council is to be involved in an individual case depends on the level of decision-making authority with regard to the measure concerned. 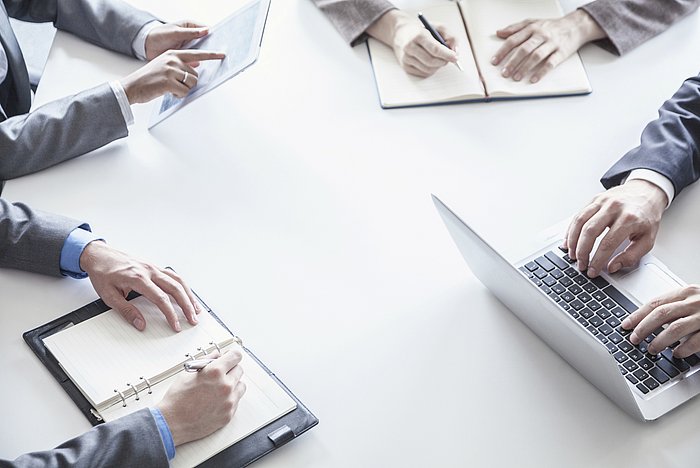