Supported by a team of Heuking Kühn Lüer Wojtek led by Hamburg-based partner Dr. Johan Schneider, EAE Ewert Ahrensburg Electronic GmbH has found a buyer and thus successfully concluded the reorganization initiated with a protective shield proceeding. Q.I. Press Controls, a corporation in the printing industry with eight locations worldwide, is taking over the commercial activities of the control and automation specialist for printing machines as of April 1, 2014. The acquisition price was not disclosed. This step ensures a long-term perspective of the company seven months after the insolvency proceedings of EAE have been initiated, in which Heuking Kühn Lüer Wojtek advised and supported.

In the last four months, the team led by Dr. Schneider had negotiated with potential investors jointly with EAE General Manager Werner Ringel, an experienced restructuring manager, and the temporary trustee appointed by the Local Court and later insolvency trustee Peter-Alexander Borchardt of Reimer Rechtsanwälte. "On the basis of the existing reorganization concept, we were able to successfully continue the reorganization path that has been implemented since several years already," Dr. Schneider explained. "We thereby achieved our objective to preserve the EAE Group and thus as many jobs as possible." The creditors' committee unanimously approved the sale of EAE Ahrensburg Electronic GmbH on March 25, 2014. Nearly all of the employees currently working for EAE have been taken over.

Supported by Heuking Kühn Lüer Wojtek, EAE Group had applied for a protective shield proceeding at Reinbek District Court in August 2013, after the sale process, which management had commenced, could not be successfully concluded under the conditions at that time. As part of this proceeding, the company was reorganized and relieved of old liabilities. Among others, the stage technology division was sold and the control cabinet production was discontinued. The Ahrensburg-based parent company has now successfully been sold.

With the creditors' approval to continue the company, EAE was able to realize all of the current and placed orders without delay in the past few months. EAE has won orders for new projects in Germany, the other European countries and the U.S. In parallel, other steps were initiated to increase profitability and to intensify the search for investors.

Q.I. Press Controls will continue the core business of EAE at the locations in Ahrensburg (near Hamburg) and Atlanta (USA). The company, headquartered at Oosterhout in the Netherlands, is an international specialist for products largely automating the printing process, which as a result leads to a reduction of printing waste and a more consistent quality.

EAE Ahrensburg Electronic GmbH, based in Ahrensburg, specializes in the graphic arts industry, control cabinet technology, and automation technology. The company, founded in 1962 by Richard Ewert, is the leading supplier of control systems, automation solutions, and software for newspaper printing houses. Its solutions are being used in all areas of a printing plant - from pre-press to shipping. Worldwide, more than 550 printers are using EAE's controls - producing more than 125 million newspapers per day. 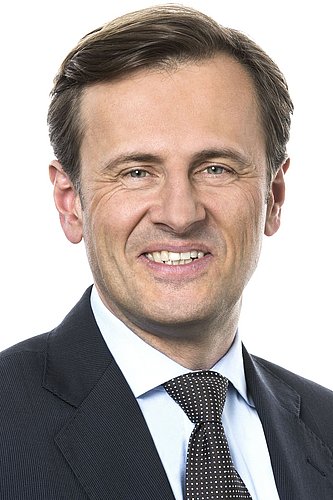