Verbal sexual harassment within the meaning of Section 3 (4) of the General Equal Treatment Act (AGG) is "in itself" a suitable good cause for extraordinary termination. The breach of duty is all the more serious if the professional position is associated with a high level of responsibility and this already results in a special duty to protect against discrimination.

The parties are disputing the validity of an extraordinary termination without notice. The plaintiff had worked for the defendant since 2013 as head of the "Finance and Service" business unit. He held the first level below the management. During the taking of evidence, he was proven to have made a total of four remarks of a sexual nature. During a debriefing of a meeting of the Board of Directors, the plaintiff said to three other persons present with regard to the Chairwoman of the Board of Directors: "That rattletrap really needs to get a grip! A short time later, he commented on a secretary's dress with the words, "You have to pull yourself together when you bend over not to put one away!" He also made discriminatory comments about a pregnant colleague's name change and also referred to a colleague's secretary as his "go-go girl." The defendant terminated the employment relationship with immediate effect in June 2020. No prior warning was given.

After the Cologne Labor Court initially upheld the plaintiff's action for protection against dismissal, the Cologne Higher Labor Court (LAG) considered the defendant's appeal to be well-founded. In the opinion of the 2nd Chamber of the LAG Cologne, the verbal sexual harassment within the meaning of Section 3 (4) AGG are jointly suitable to constitute an important reason for termination. The statements of the plaintiff represent an undesirable, sexually determined behavior, which has the purpose or effect of injuring the dignity of the female employees concerned. The criminal law assessment is irrelevant in this respect. In the same way, it was irrelevant that the female colleagues concerned were not present when the comments were made. In all four situations, the plaintiff could not assume a protected and confidential environment. In addition, the plaintiff, as a manager, could once again be expected to refrain from any involvement in the creation or maintenance of a misogynistic, derogatory and sexist working environment. It must also be taken into account to the plaintiff's detriment that he hardly had to expect any resistance or critical disputes from subordinate employees. His behavior thus constituted such a serious breach of duty that no prior warning was required. It was obvious to the plaintiff that acceptance of such statements would not be tolerated by the defendant under any circumstances.

The decision is convincing in its outcome and reasoning. Almost five years after the public #metoo debate, the issue of sexual harassment in the workplace remains topical. The ruling of the Cologne Higher Labor Court once again makes it clear that this is by no means a trivial offense.
§ Sec. 12 (3) AGG stipulates the employer's obligation to take appropriate measures to prevent a recurrence. With regard to the principle of proportionality, it is often a question of whether a warning is sufficient as a milder means instead of termination. Employers walk a fine line when making this decision. They must carefully weigh up whether a change in behavior can be expected in the future or whether the severity of the breach of duty does not require termination. In addition to repressive measures, the employer's duty to protect also includes preventive measures. The establishment of complaints offices, AGG training and basic awareness-raising on the subject can successfully counteract a sexist working climate and offer affected employees the help they need. 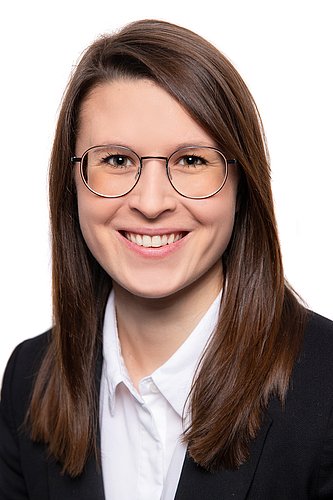