Back to the overview
05-06-2016ProjektDisposal & Environment

n recent weeks, there had been several incidents at the Tihange nuclear power plant. This had prompted City Region Council Helmut Etschenberg not to make political demands for the plant’s shutdown. Dissatisfied with the assumption of the environmental ministries in Berlin and Düsseldorf that German plaintiffs would not prevail in Belgium, he had ordered a diligent review of what steps could be taken.

Numerous German and Dutch authorities and municipalities endorse the actions of the Aachen City Region against the nuclear reactor operator. In addition to the nine municipalities of the City Region, the districts of Düren, Euskirchen, Heinsberg, Bitburg-Prüm, and Vulkaneifel, as well as the Dutch municipalities of Heerlen, Kerkrade, and Maastricht support the legal action. 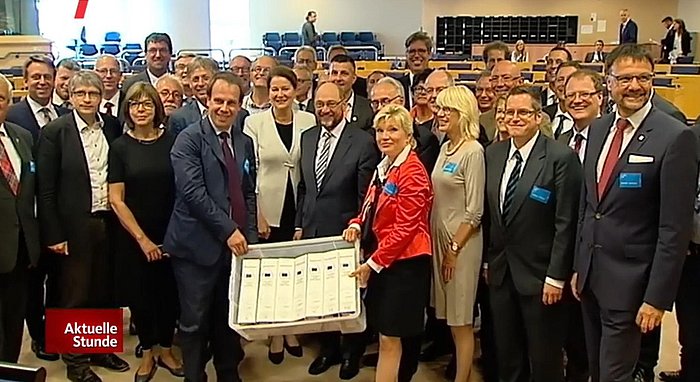