Back to the overview
03-08-2018NewsThemenseiten

French company Echosens is continuing its series of victories in the field of liver diagnostic devices. With its March 1, 2018 ruling, Düsseldorf Higher Regional Court confirmed that Chinese company Hisky Medical Technologies Co. Ltd. is not allowed to offer or market its “Fibrotouch FT-1000" product in Germany, thus upholding Düsseldorf Regional Court's April 20, 2017 judgment. Echosens was represented in the trial by Heuking Kühn Lüer Wojtek, in collaboration with a large international team.

Hisky Medical Technologies Co. Ltd. had filed an action for annulment at the Federal Patent Court, which it withdrew, however, a few days before the hearing in February 2018. The Federal Patent Court had previously issued a preliminary written assessment that the nullity action was unlikely to succeed and that the patent would remain in effect without restrictions.

The Düsseldorf trial team was led by lawyer Dr. Anton Horn, who commented on the outcome of the trial as follows: "This is nothing less than total victory. This ruling is key to protect our client's patented technology against imitation. The loud and clear message even outside of Europe should not be underestimated."

Echosens developed a disruptive technology that allows the non-invasive assessment of liver stiffness. Slight vibrations produce shear waves in the tissue, the propagation of which is observed by ultrasound. The speed of the propagation of the shear wave allows physicians to draw conclusions about the liver health status, without the need for painful liver biopsy. This is of particular relevance for the diagnosis of liver fibrosis and steatosis in patients with chronic liver diseases. This technology is protected among others by European patent EP 1 169 636 B1. Echosens sells the relevant diagnostic devices worldwide under the "FibroScan" brand.

The initial trial was conducted by Viennese law firm DORDA. In Vienna, Echosens was able to have an exhibited device confiscated by police in April 2015 on the basis of an appropriate court order issued by Vienna Regional Court for Criminal Matters. During the trial, the Austrian Patent Office issued an expert opinion on the validity of the patent, which showed that the patent was expected to be legally valid. In addition, a court expert confirmed the patent infringement. Some of the evidence obtained in Austria also played a major role in the Düsseldorf trial. The Düsseldorf Higher Regional Court ruling is not yet final.

In the Austrian trials, and also participating in the German trials: 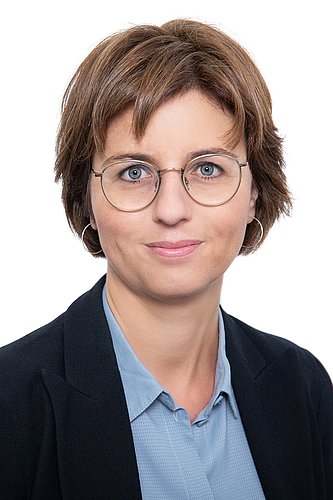