In their decision dated April 9, 2019 (4 Sa 242/18), the Cologne LAG implemented the requirements of a high-profile decision by the European Court of Justice (ECJ) made in November 2018 according to which a directive-compliant interpretation of Sec. 7 German Federal Vacation Act (Bundesurlaubsgesetz; BUrlG) results in employees’ vacation entitlements typically not being forfeited unless they have been requested by the employer prior to such forfeiture to take the leave days and were advised clearly and in a timely manner that the vacation entitlements would otherwise expire at the end of the calendar year or the transfer period, respectively. The Cologne LAG takes this decision one step further and states that this obligation of the employer does not only apply to the current calendar year, but to any remaining vacation entitlements from previous years as well. Such remaining vacation entitlements were in particular not subject to the “15-month restriction” applicable to long-term illness.

Since 2012, the plaintiff had worked at a pharmacy, whose owner is the defendant, as a driver for medical supply deliveries. The average weekly working hours totaled 30 hours, with medicine not being delivered on Saturdays. The plaintiff’s employment contract contained a clause according to which annual vacation leave was agreed upon in the form of a weekly reduction of the working hours by 2.5 hours. Furthermore, according to the employment contract, the claims for vacation days of a calendar year would be forfeited on March 31 of the following year at the latest. The defendant terminated the relationship effective March 31, 2017. In May 2017, the plaintiff asserted claims for vacation leave for 2014-2017 against the defendant. The plaintiff was of the opinion that the defendant did not grant any vacation days during the employment. The agreement on a weekly reduction of the working hours violated the recovery objective of the vacation days to be granted as per the German Federal Vacation Act. The defendant was of the opinion that the agreed-upon reduction of the working hours were the plaintiff’s explicit request; moreover, any vacation entitlements for 2014, 2015, and 2016 had been forfeited. The Aachen Labor Court (Arbeitsgericht; AG) granted the plaintiff’s motion in the first instance as far as vacation entitlements for 2017 were concerned. As for the other claims, the AG rejected the motion since the plaintiff’s claims for vacation entitlements for 2014-2016 had been forfeited; the plaintiff did not request prior to forfeiting the entitlement that the defendant grant vacation.

The plaintiff’s appeal before the Cologne LAG (decision dated April 9, 2019 – 4 Sa 242/18) was successful in major aspects. The 4th Chamber came to the conclusion that a weekly reduction of the working hours by 2.5 hours at an agreed-upon 30-hour-week did not constitute recovery leave (Erholungsurlaub) within the meaning of Sec. 1 et seqq. BUrlG. According to Sec. 3 BUrlG, vacation leave calculated based on (working) days could not be calculated on an hourly basis and typically not be granted on an hourly basis either. It can also be derived from Sec. 7(2) s. 1 BUrlG requiring that vacation days in principle be taken consecutively that the weekly reduction of working hours agreed upon by the parties cannot replace the plaintiff’s legal right to take statutory recovery leave.
Thus, taking into account the ECJ ruling dated November 6, 2018 (C-684/18), according to which directive-compliant interpretation of Sec. 7 BUrlG is required, the plaintiff’s recovery leave entitlement existing despite the agreed-upon reduction of the working hours was not forfeited pursuant to Sec. 7(3) BUrlG. Referring to the BAG decision dated February 19, 2019 (9 AZR 541/15) made following the ECJ decision, the Cologne LAG states that vacation entitlements could typically not be forfeited unless the employer has requested prior that the employee take the leave and advised him/her clearly and in a timely manner that the vacation entitlement otherwise expires at the end of the vacation entitlement year or the transfer period. Furthermore, the Appellate Division ruled that the employer’s initiation obligation was not limited to the original vacation entitlement in the respective calendar year, but would also apply to the vacation entitlement accrued in previous calendar years. The limitation to 15 months applicable in case of unfitness to work (BAG, decision dated August 7, 2012, 9AZR 353/10) was not applicable to scenarios where the employer—contrary to scenarios involving illness—would benefit from the employee’s performance. This was the case here. The defendant thus failed to meet his obligation to specifically ask the plaintiff to take leave and advise him of the impending forfeiture of vacation entitlements in respect of the plaintiff’s vacation entitlements for 2014, 2015, and 2016; hence, these entitlements have not been forfeited with the result that the plaintiff could now – after the termination of the employment – claim vacation compensation.

In order to avoid the risk of being faced with claims for vacation days/remuneration brought forward by (former) employees years later, employers should implement a traceable procedure which enables the employer to, in a timely manner prior to the end of the calendar year, request employees to take any vacation to which they are entitled and advise them comprehensively of any impending forfeiture. 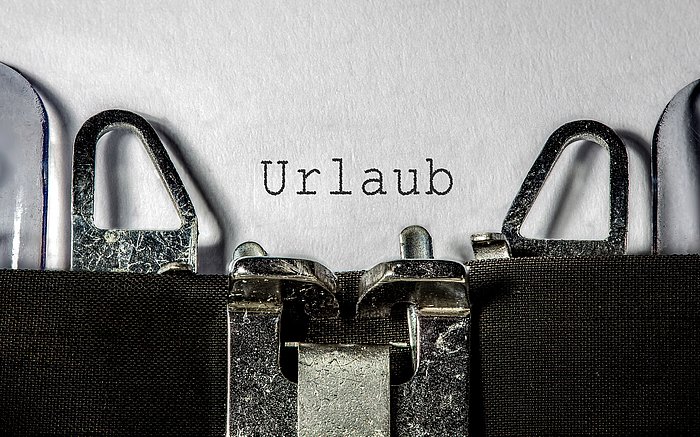