Federal Labor Court on previous employment: 8 years and 9 months interval is not sufficient

According to Section 14(2) sentence 2 German Part-Time and Fixed-Term Employment Act, the limitation of the term of an employment contract not based on objective grounds is inadmissible if a fixed-term or permanent employment has already existed with the same employer. This inadmissibility of a limitation not based on objective grounds in the event of previous employment with the same employer is to be lifted by narrow interpretation under constitutional law, for example if the previous employment was “a very long time ago.” The Federal Labor Court consistently follows its case law on previous employment with the judgment discussed here, after no longer adhering to earlier decisions due to a widely-noticed 2018 decision of the Federal Constitutional Court (Federal Constitutional Court decision, June 06, 2018 – 1 BvL 7/14 and 1 BvR 1375/14). It has now decided that a period of eight years and nine months to previous employment cannot be deemed “a very long time.”

The plaintiff, who is recognized as a severely disabled person with a degree of disability of 60, worked for the defendant, the Federal Republic of Germany, at the Federal Office for Civil Service of the Federal Ministry for Family Affairs, Senior Citizens, Women, and Youth from September 2001 to June 2004. The defendant reemployed him on the basis of a March 2013 employment contract for a fixed term for the period from April 2013 to March 2015.During this employment, the plaintiff was working for the division of the Federal Government Commissioner for Culture and the Media. The fixed-term employment in 2013 was preceded by an initiative of the Federal Employment Agency’s Center of International Migration and Development to include severely disabled academics, which the Federal Government Commissioner for Culture and the Media had agreed to support. In his complaint, the plaintiff asserted the invalidity of the limitation until March 2015 and demanded continued employment. He asserted that this second time limit was set without any objective ground and was therefore invalid because of his previous employment with the defendant.

Expressly departing from previous decisions of the Senate that Section 14(2) sentence 2 German Part-Time and Fixed-Term Employment Act does not allow for a limitation of an employment contract not based on objective grounds if any previous employment with the same parties to the employment contract dates back more than three years, the Federal Labor Court holds that it is necessary to follow the  Federal Constitutional Court and to interpret this provision under constitutional law. Thus, the application of the statutory provision could be inadmissible in cases where this would be unreasonable for the parties, in particular where a previous employment occurred very long ago, was of an entirely different nature or of very short duration. The Senate holds, however, that those conditions are not satisfied in the case at issue. It does not yet classify a period of about 8 years and 9 months as being “a very long time” since previous employment. Although the risk of multiple fixed-term employment is rather low, the law aims at maintaining permanent employment as the standard form of employment. This goal is in jeopardy.

Effective fixed term due to the plaintiff’s severely handicapped status?

On the basis of the previous findings, the Senate was unable to decide whether the limitation in time was justified pursuant to Section 14(1) sentence 2 no. 6 German Part-Time and Fixed-Term Employment Act for person-related reasons, in particular the plaintiff’s severely disabled status, as the second limitation was based on an initiative that supports inclusion of severely disabled academics. The Senate therefore remitted the matter to the Higher Labor Court. 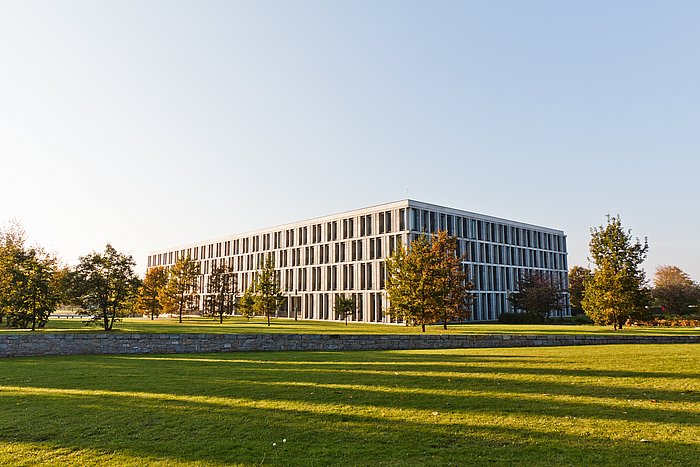