The next RRX line on the Wesel – Cologne – Koblenz route was successfully launched for the timetable change in June 2019. National Express operates 14 vehicles on the RE 5 line. In addition to building the new premium vehicles for mass transit, Siemens is also responsible for maintaining the vehicles until 2050. Passengers on one of the most important local transport lines along the Rhine thus benefit from higher comfort with more seats, WiFi, power outlets, and accessibility.

The clients are special purpose associations VRR, NWL, NVR, ZSPNV-Nord, and NVV. The team led by Dr. Ute Jasper designed the NRW-RRX model jointly with the clients and accompanied the award procedure. Currently, the team supports the clients in processing the contract. “The second stage of the RRX goes into operation with line RE 5. The manufacturer’s comprehensive responsibility ensures that operations can start as smoothly as possible again,” said Dr. Ute Jasper, head of Heuking Kühn Lüer Wojtek’s Public Sector & Public Procurement Practice Group. “Both transport companies got off to a good start – thanks to the NRW-RRX model,” added Dr. Christopher Marx, the team member responsible for contracts and contract processing.

The basis is what is referred to as the NRW-RRX model, which the participating transport associations, primarily Verkehrsverbund Rhein-Ruhr (VRR), have developed with the Heuking team. In the process, the bids for operation of the lines were separated from those for production, supply, and maintenance, which allowed for implementing the RRX target system at a later stage after completion of the infrastructure. By 2030, Deutsche Bahn intends to rebuild the 106-kilometer line between Cologne-Mülheim and Dortmund to create overtaking opportunities. Total costs amount to EUR 3.45 billion, including the investments for expanding the seven RRX lines and the acquisition of the 82 RRX trains.

Featuring shorter interval times and improved comfort, the RRX will significantly increase regional rail passenger transport quality. For the first time, Siemens as the manufacturer will not only build the vehicles, but also maintain and repair them and be responsible for their energy consumption. The Heuking Kühn Lüer Wojtek team has been a market leader in regional rail passenger transport advice for many years and has already designed numerous innovative award concepts for the public sector.

The Public Sector & Public Procurement department led by Ute Jasper has been one of the three best procurement law practices for years. Since 1991, it has advised on awards, restructuring, large-scale projects, and cooperations in the public sector and has accompanied several hundred large-scale projects of the federal, state, and local authorities and their subsidiaries with a total volume of more than EUR 20 billion without any procedures having been successfully challenged. 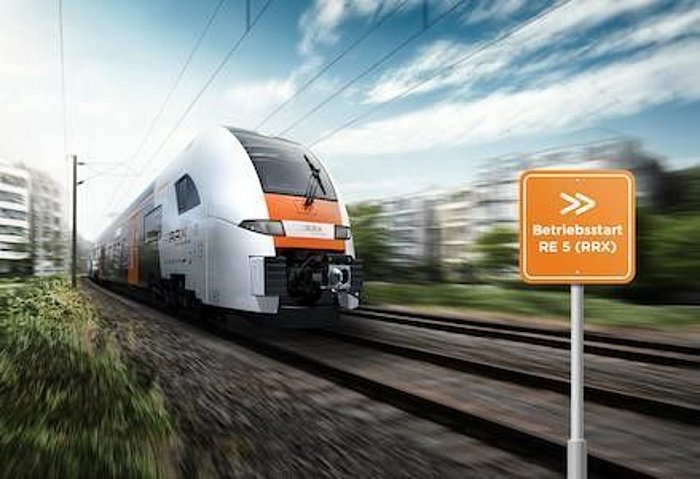