The Federal Republic of Germany is buying a new research vessel for over EUR 100 million. The Federal Maritime and Hydrographic Agency BSH has awarded the contract for the ATAIR vessel to the Fassmer shipyard. The team led by Ute Jasper of the law firm of Heuking Kühn Lüer Wojtek advised BSH and the Federal Institute for Hydraulic Engineering on the award procedure and supported the contract negotiations.

By 2020, the new ATAIR wreckage, surveying, and research vessel will be the first ship to be powered by liquid natural gas (LNG) and even meets the requirements for the "Blue Angel" eco-label. It will mainly be traveling in the North Sea and Baltic Sea, as well as the northeast Atlantic.

"We structured the award procedure in such a way that not only the price, but the life cycle cost were taken into account," said Ute Jasper, Partner and team leader at Heuking Kühn Lüer Wojtek. "This is why functionality and the innovative drive concept were key for the award," added Christopher Marx, lawyer in Dr. Jasper’s team, who is responsible for procurement law and the drafting of contracts.

Dr. Ute Jasper is one of the most renowned lawyers for procurement and infrastructure projects in the public sector. She advises federal and state ministries, municipalities, and businesses. Ute Jasper heads Heuking Kühn Lüer Wojtek's "Public Sector & Public Procurement" department. For years, she has been ranked number 1 in JUVE Handbook of Commercial Law Firms, most recently in its 2016/2017 issue, and according to "Law Firms in Germany" is the "premier contact on the market" for infrastructure. In October 2016, she and her team received the JUVE Award for Regulated Industries. 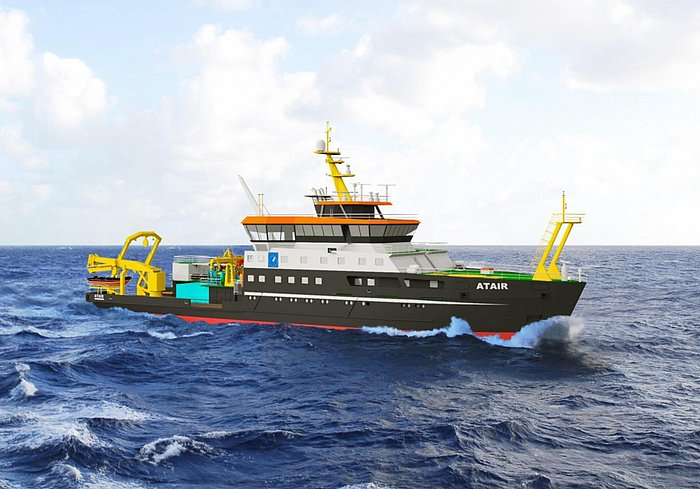