In its most recent broadcast, business report “Plusminus” is criticizing the German government’s inadequate invitation to bid for face masks and protective clothing. In March 2020, the Ministry of Health invited bids for the production of masks worth millions of euros. This quick invitation to bid, however, failed to meet the usual legal requirements. “Plusminus” accuses the federal government of having been negligent and of not having questioned the suitability of companies in the awarding procedure.

Dr. Ute Jasper, Head of Heuking Kühn Lüer Wojtek’s Public Sector & Public Procurement Practice Group, assessed the legal situation for the “Plusminus” report. “It is not customary to waive eligibility criteria in an invitation to bid. In fact, it is required by law, and even in urgent awards, as was the case here, suitability criteria must be requested,” Jasper stated in “Plusminus.” “In addition, the ministry waived financial safeguards such as performance bonds and liquidated damages.”

The plan called for the production of masks and protective clothing in Germany – including with the help of subsidies. The State intended to cover up to 40% of the acquisition costs for machines if the items were produced domestically. What ended up happening, though, was that mainly companies from outside the industry were awarded the contracts – including a former taxi entrepreneur and a nail salon operator. As part of its research, “Plusminus” requested proofs from the companies some of which, however, do not even exist.

The failures in the bidding process have far-reaching consequences: Newcomers to the industry are unable to even produce protective equipment of the required quality in a short time. Many contracts have been canceled in the meantime – without liquidated damages. The risk of another shortage of respiratory masks and protective equipment when corona infections are rising is increasing.

The entire interview in “Plusminus” can be found in the ARD Mediathek. 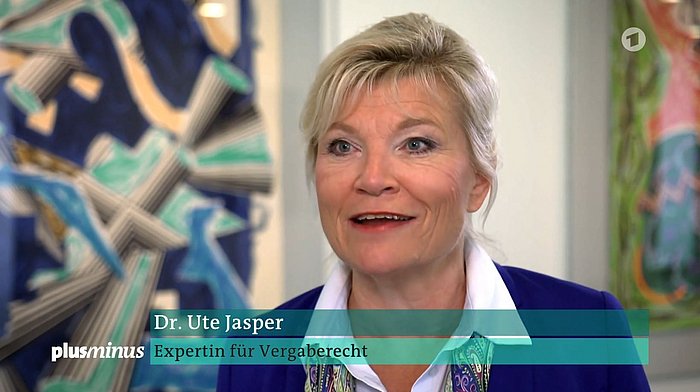