Siemens has finished testing the new Rhein-Ruhr-Express (RRX). The train manufacturer expects the necessary approval from the Federal Railway Authority by September 2018 so that the first of the 82 trains could still go into service later this year. Dr. Ute Jasper and her team have accompanied and structured the billion-euro project right from its start.

Based on the “NRW-RRX model,” developed by the participating transport associations, above all Verkehrsverbund Rhein-Ruhr (VRR), jointly with the Heuking team, the procedure separated the bids for operating the lines from those for production, delivery, and maintenance. This will also enable the subsequent implementation of the RRX target system after completion of the infrastructure.

“We are pleased that this billion-euro project will be implemented within the agreed timeframe and budget. For this purpose, a life cycle approach was developed for the first time with guarantees for maintenance and energy consumption over 30 years, which leads to considerable savings in money and environmental pollution,” said procurement law specialist Jasper. “Even after the start, we will continue to assist the transport associations in issues of contract performance.”

The RRX will significantly increase the quality of regional rail passenger transport with shorter interval times and improved comfort. The model is now being adopted throughout Germany. More information about the RRX can be found on the RRX website (in German language). 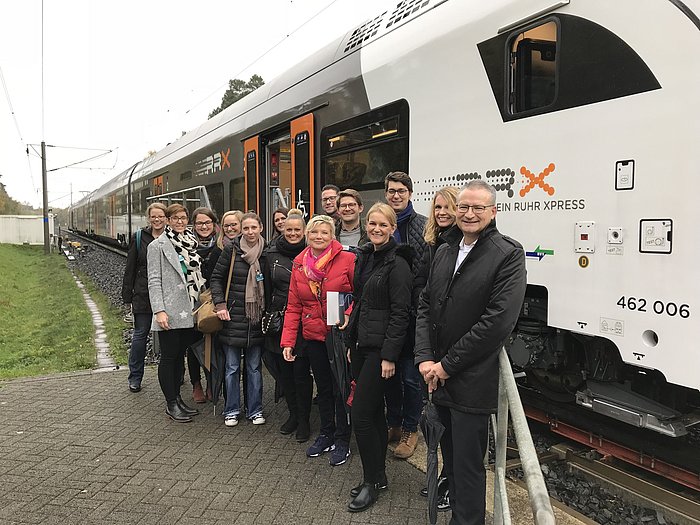