Due to the alarming events in the Belgian Tihange 2 nuclear power plant, the City Region Aachen, supported by Heuking Kühn Lüer Wojtek, is the leading force in taking legal action against continued operation of the Belgian reactor. More than 50 municipalities, including the cities of Maastricht, Düsseldorf, and Cologne, from the Netherlands, Luxemburg, and Germany joined the initiative in the meantime.

In addition to a complaint filed at the Belgian State Council, another lawsuit before a Belgian court and a complaint to the EU Commission are planned.

"Should the nuclear power plant actually be as unsafe as reported, there is a danger for all of us – including in Düsseldorf. We are pleased to be able to support City Region Aachen,“ said Dr. Ute Jasper.

Dr. Ute Jasper is one of the best known lawyers for public procurement and public infrastructure projects. She advises federal and state ministries, municipalities, and companies. Ute Jasper heads Heuking Kühn Lüer Wojtek's "Public Sector & Public Procurement" department. Just a few days ago, Jasper was rated “one the very best in Germany” for public sector projects by Who's Who Legal. 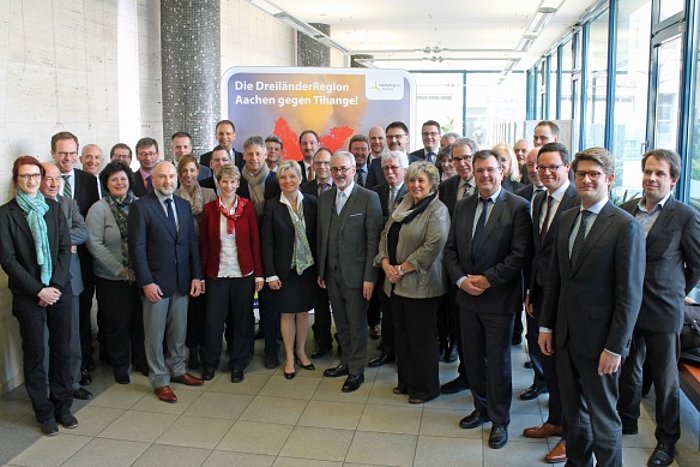